The New Captain America…kind of?

We gotta talk about that scene with Isiah Bradley…

For those who may not know, Marvel really went there with last week’s episode of The Falcon and The Winter Soldier. Taking a break from all the action, we get a slice of life episode with a real message. It seems Marvel as a company has decided not to shy away from discussions around race and the dirty deeds of the U.S. government in regards to its black soldiers.

The show introduces the character of Isaiah Bradley and he serves as a great big reminder that we had a Captain America all along and just didn’t know it. We also found out that Bucky has been getting his ass whooped by powerful, black characters for quite some time now. But I digress…

The title of episode 5 is “Truth” and boy did Isaiah hit Sam with the whammy!

“They will never let a black man be Captain America [and even if they did], no self-respecting black man would ever wanna be…”

Talk about a king sized OOF of a statement

Is it right for Sam to pick up the shield and defend a country that makes men like John Walker, holds up blond hair blue eyed heroes like Steve Rogers, all while experimenting on and torturing black men? Can Sam’s notions of justice and honor hold up to blatant racism and misconduct unbecoming of any officer?

While I’m sure it would be amazing to some of us to see a black man as the symbol for our country, this viewer can’t help but wonder if it’s too little too late. This country has had a very long and very brutal struggle when it comes to racism and The Falcon and The Winter Soldier have not tip toed around this. The tumultuous times in our country can’t be ignored, and while a black hero might seem like progress, this viewer is finding it quite difficult to ignore Isaiah’s word

With that being said, Marvel is clearly setting up their next generation of Avengers and that includes Sam taking up the mantle. Steve thinks he’s the right choice…but does America? 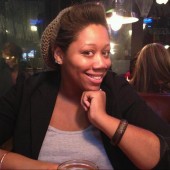 Onward Establishes the Strength of Families