‘Spider-Man: No Way Home’ Brings The Birth Of Marvel’s Multiverse

Spider-Man: No Way Home is the trailer that comic book fans all over the world are talking about. Marvel released the trailer on August 23 after a poor recording of the preview leaked online.

The trailer does indeed warrant excitement from the Marvel faithful, who have been patiently waiting for the Web-Head’s return to the silver screen. But the scenes included in the trailer do much more than just tease the December 17 film. The trailer gives the first look at Marvel’s next massive story arc: the Multiverse.

The Marvel Cinematic Universe continues to thrill audiences with its heroes’ exploits since 2008. The first Iron Man sets the tone for every film that follows and each one is a chapter in the story that ultimately leads to Thanos.

The Mad Titan’s goal of bringing balance to the universe through mass genocide strikes a chord with moviegoers. Many of them follow the comics and are very familiar with the Infinity Gauntlet wielding despot. But many more are instantly reminded of real-life dictators whose despicable actions played into their delusions of grandeur.

No matter what the fans thought of Thanos, they understood him and the story. That’s the goal of course and it worked on every level. The Avengers were assembled to fight when no one else could. They stepped up to face Thanos and his army. In the end, they avenged the Earth.

Shang-Chi and the Legend of the Ten Rings is coming on September 3 of course, but then the Multiverse takes center stage. Following Thanos is no easy task to be sure. The best way to keep the focus is perhaps not to put that focus on a single villain this time out. Instead, the situation itself is the primary story and in that story, the universe is unravelling.

This is evident in the No Way home trailer. Peter Parker is struggling to live a semblance of a normal life after the events of Far From Home. That film saw a vulnerable Peter still reeling from the loss of his mentor Tony Stark. Parker wanted to believe that things would get better and he also wanted to trust someone again.

But that someone was Quentin Beck, who turned out to be the villain Mysterio. As if that isn’t bad enough, Peter’s secret life as Spider-Man is a secret no more at the end of the film. Now, J. Jonah Jameson is taking that knowledge and is trying to destroy everyone’s favorite neighborhood web-slinger.

In the trailer, Parker reunites with his Infinity War cohort Doctor Strange. Peter wants to find a away to fix his life and the only way to do it is to somehow reverse his misfortune. The Sorcerer Supreme is tasked with making that happen. Can he do it? The answer appears to be yes. Will Peter screw it up? That answer appears to also be yes.

Therein lays the twist and the conflict that brings about the Multiverse. It’s a scenario that fans knew would come eventually. The only question was how would Marvel make it happen and who would be at the forefront of it all? Doctor Strange is a lock of course. If anyone would have the power and the wisdom to take on such a fight, it’s the good doctor. But inserting Spider-Man into that fight was perhaps not what anyone would have guessed.

However, that’s where the movie is and it’s sure to be an action-packed thrill ride from start to finish. Tom Holland’s work as Peter Parker is among some of the best performances in the MCU. He’s completely embraced the character and he’s made it all his own. He will surely be the same lovable kid who’s just trying to do the right thing in this film. He may also do some serious growing up by the end as well.

But that ending will lead directly into Doctor Strange’s next solo adventure on March 25 of 2022. Doctor Strange and the Multiverse of Madness promises to be the film that brings the entire MCU to the brink of disaster. Like the Infinity Saga before it, the Multiverse will likely bring all of the heroes back together at some point. Those heroes may not be Avengers, but they will certainly have some avenging to do.

Of course, fans are also considering how The Scarlett Witch will play into all of this. Wanda Maximoff’s story comes to light on WandaVision, the Disney+ series which sees the Avenger’s next chapter after Endgame. In that series, Wanda constructs a fictional reality in which she and The Vision are a happily married couple with two children.

But by the end of that series, her world is once again turned upside down. Direct links to Doctor Strange were teased and now she will star alongside Benedict Cumberbatch in the Multiverse of Madness. Considering the path the character took on the series, it’s safe to say that Wanda will be an antagonist of some type. Whether or not she remains that way throughout the film however, remains to be seen.

Then there’s Kang the Conqueror. Kang’s entrance into the MCU took place on the Loki series and he’s now on his way to Thanos-level importance. Johnathan Majors is set to reprise his role as Kang in 2023’s Ant-Man and The Wasp: Quantumania. But it’s entirely possible that he will show up in Doctor Strange, if only in an end credits scene.

But despite what happens in future films, it’s clear that Spider-Man: No Way Home is the first big screen push for the Multiverse. However this film isn’t just a gateway to the future, it’s also sure to be another important addition to the Web-Head’s MCU mythos. Fans are anxious to see it all unfold and there’s no better way to begin than with Spider-Man. 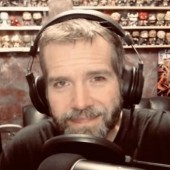