Mandalorian and the Quest for the Jedi

Welcome back! I hope by now you’ve seen the newest episode of Mandalorian, because if you haven’t we’re gonna talk about it here. Patch up your ship, get in your floating buggy and let’s go for a ride. Time to learn about The Mandalorian and the Quest for the Jedi, Season 2, Episodes 1-3

Season Two of The Mandalorian involves our friend Mando’s quest to reunite The Child with his people. Of course, we as the viewer know this bright-eyed kid is the same species as Yoda. However within the universe of Star Wars, much like our own, no one actually knows what species Yoda is. Furthermore, most people don’t even know who* Yoda is. The Jedi Council has fallen into legend within the span of a generation or two. Yoda died close to a decade before the events of the story. Vader himself, as powerful as he was, incidentally born the same year as the Child, was mocked for clinging to a faded and ancient religion. The Mandolorian’s Quest isn’t as easy as it seems at first.

Mando’s Quest first takes us to Tatooine. There are few places more iconic than Tatooine. Luke and Obi-Wan’s home at the start of the first movie, this is where the adventures begin. But the Tatooine we know from the movies has long since come and gone, a recurring theme in the show. When last we left Tatooine in the films, it was in Jabba’s Pleasure Barge, Carrie Fischer in a gold bikini had just strangled her captor to death. Han Solo, recently thawed, knocked a bounty-hunter into a giant toothy hole. The heroes left that planet, never again to look back. But we learn in our show that life on the planet goes on.

Last season we stopped by, as Mando landed there to repair his ship. It was a short trip, filled with nostalgia. Reminding us that our old favorites like Mos Eisley were still around and still hives of scum. Young men, looking to make a name for themselves still lurk in the cantina, feet on the table, waiting for someone to come along to offer them a job.

This time when we head to Tattoine, we have a mission. The Mandalorian is looking for more of his kind. There is no more infamous Mandalorian Bounty Hunter than the infamous Boba Fett, son of Jango Fett, and brother to the entire Clone Army. Widely believed to be the pinnacle of fighting perfection, was defeated by a blind man flailing wildly, and that’s where his story officially ends. Of course, such a popular character wouldn’t be gone for long, and many forgotten legends tell the tale of how he had escaped certain death by a thousand years of digestion.

Sadly for us, we don’t get to hear that story. Instead, we see what looks to be a new sheriff in town wearing the ill-fitting armor. Whether or not Boba Fett survived, his legendary armor did, and Mando trades his services as an exterminator for the armor of his clan. Defeating a monstrous krayt dragon and uniting the small village with the tusken raiders, Mando walks away, no closer to finding another of his kind but at least recovering a part of his heritage. All the while being watched by a mysterious scarred figure who looks remarkably like a Clone Trooper.

In this week’s episode, we learn there may be someone else who can help Mando in his quest. Learning that he had been raised in a cult was quite a shock to our hero. Once again, fans have suspected as much for quite some time, Mandalorians have been featured heavily in Clone Wars and Rebels, and none of them had quite the same fanaticism about keeping their face masked. This was the first time, he had met another of his kind, and the encounter left him conflicted. What even was The Way? Instead of joining his people in their fight to reclaim their homeworld, the Mandalorian, as he had been reminded last episode, had a quest, and that quest was to find the Jedi.

At the end of the episode, Mando is on his way to find what may be the last of the Jedi. Luke had either not yet started his school, or had already quit, either way, he is out of the picture. Mandalorians weren’t the only thing featured in Clone Wars and Rebels, they tell the tale of Anakin Skywalker’s very own apprentice Ashoka Tano. Technically she’s not a Jedi, having turned her back on the order in protest for their dicking her around. That’s probably what saved her from the Purge. The Jedi one, not the Mandalorian one. But she did know Yoda, and she knows the Mandalorians. Whatever this season has in store, you know that Ashoka Tano will be an important part of the Mandalorian Quest. 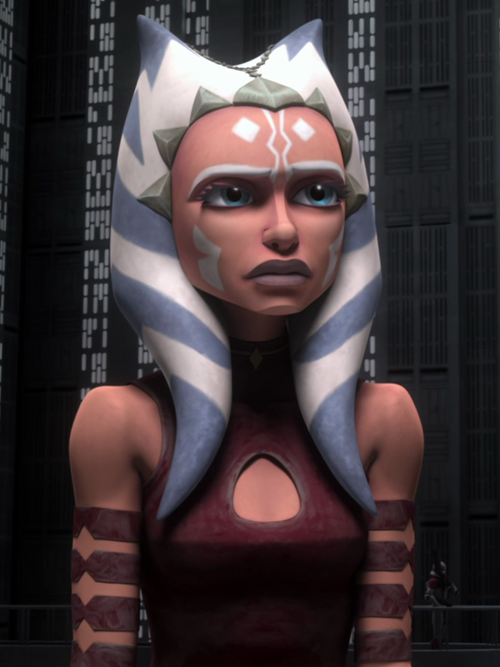 Want More Mando? Click Here for my other article. Or read Paige’s Article on Fire Emblem

Last but not least, if you want to receive any news regarding pop-culture, create an account today at Geek Street Society. Make sure to check out our shop. If you use the code ‘sparky’, it’ll save you 15% off on anything at our store. Go check it out and get yourself some merch today.

Thank you once again and stay tuned for more news here on Geek Street Society.

Weathering With You Shines Above Other Films