When it comes to describing Darby Allin, his All Out opponent CM Punk said it best on this past Wednesday’s episode of AEW Dynamite.  A guy who doesn’t traditionally “fit the mold” but still manages to stand out.  With his look and daredevil tactics, Darby Allin is somebody who can grab anyone’s attention with minimal effort.

Darby Allin is somebody who that teenager could look up to and relate to him.  For all we know, that is happening at this instance.  Perhaps even Allin’s wildest dreams are realized with the opportunities working with Sting and now CM Punk are nothing short of incredible.  That is so inspiring to kids and adults alike that love pro wrestling.

Even before 2021 come around, Allin was getting a glimpse into what this year has brought for him.  The man they call Sting made his shocking return last December which lead to a fan’s dream team with Allin.  Like an protégé to the leader, Allin and Sting work so well together.

Their similar looks with face paint and the color black are synonymous when it comes to mentioning either Allin or Sting.  The comparisons were already there and AEW capitalized on the opportunity when Sting made his debut.  It’s almost like Sting took Allin under his wing and has been with him every step of the way.  They have battled together and they look out for each other.

Now, Darby Allin faces another incredulous challenge in CM Punk.  Most wrestling fans know that Punk has been out of the game for seven years.  His return is remarkable and is what pro wrestling is.

For Punk to challenge Allin at All Out – in his first match in seven years – that is a huge deal for the 28-year-old rising star.  Fans can only imagine how Allin is basking in terms of honor and gratitude.  One would think Allin is living his best life in 2021 having a hand in two major returns to pro wrestling.

Allin has a ton of potential beyond what fans have already seen.  Like Punk said, he’s not the strongest or the biggest, but he has heart.  Allin pours his heart and soul into every single match.  He gives 110% despite what challenge lies ahead of him.  Everything about Darby Allin is what makes fans root for him from his looks to his talent.

The main thing us three have in common is our passion for AEW.

If anyone is treating this place as a vacation or don’t put they’re entire soul into it they can GTFO. https://t.co/1qgFbuzdg8

Allin is the total package and he is on that cusp of main event stardom.  Having Sting in his corner and wrestling Punk in his first AEW match is absolutely the key Darby Allin holds to get to that next level.

So when it comes to challenges and opportunities, Darby Allin is up for it and will take those chances.  Allin’s talent will no doubt see him as a future AEW Champion.  His 186 day run as TNT Champion is the start to that.  Call it lucky or call it happenstance, but Darby Allin is having one hell of a 2021.  Thing is, he’s just getting started.  It doesn’t look to stop anytime soon. 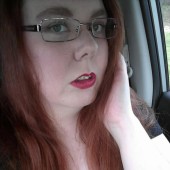 Birth of a New American Hero in WWE